All Warfare is Based on Deception 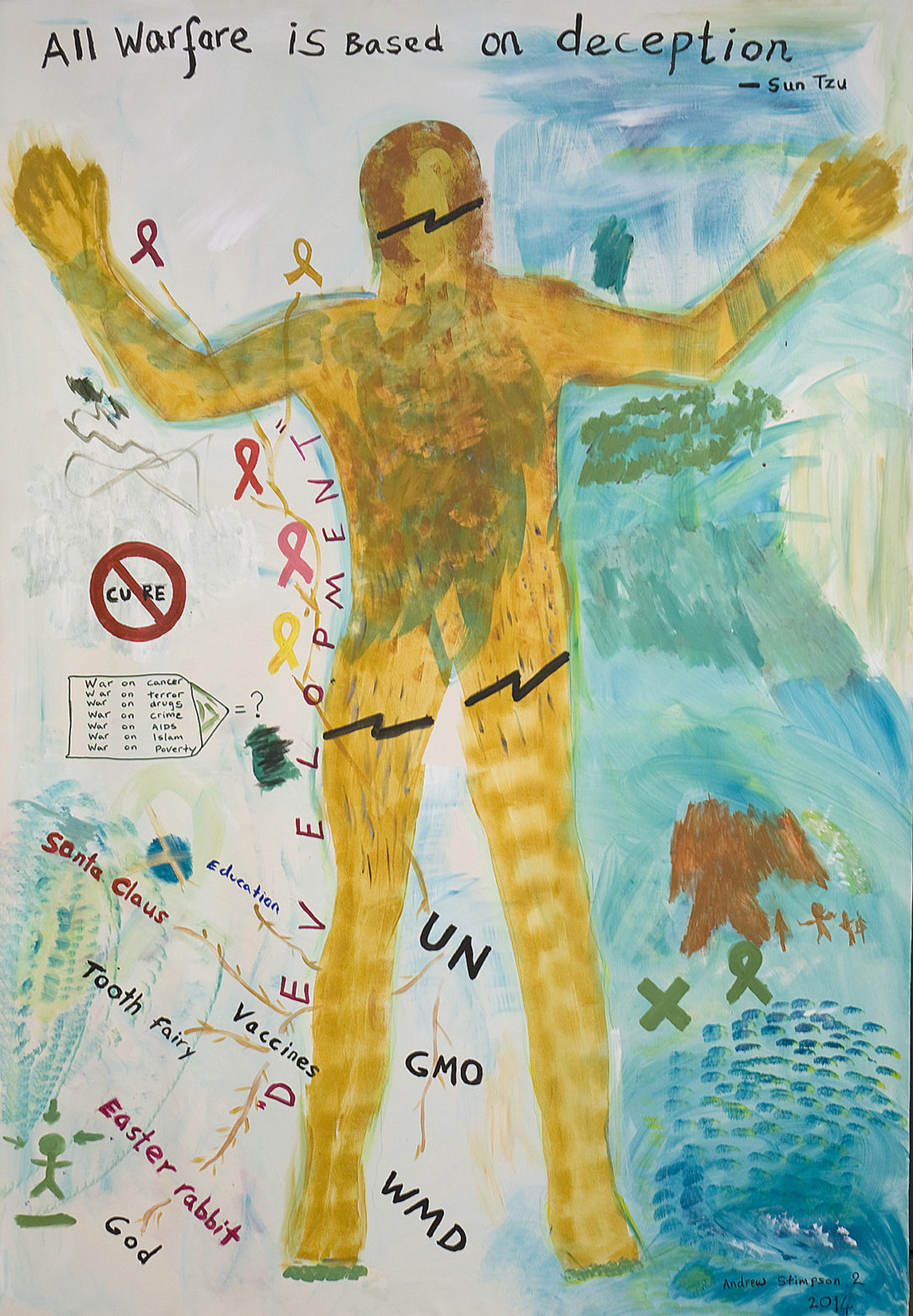 The symbols, logos, abbreviations, slogans and picture overall illuminates the scary  contrast between  unfettered mass perception and reality, blurred only by political correct conditioning in amid our disinformation age.

‘The further a society drifts from the truth, the more it will hate those who speak it.’
–  George Orwell

I’ve been under enormous strain from confusion concerning everything that goes on in the world.  Finally accepting: ‘Make the lie big, make it simple, keep saying it, and eventually they will believe it’
– Adolf Hitler

’We can be exposed to HIV many times without being chronically infected. Our immune system will get rid of the virus within a few weeks, if you have a good immune system.’

’AIDS does not inevitably lead to death, especially if you suppress the co-factors that support the disease. It is very important to tell this to people who are infected…. I think we should put the same weight now on the co-factors as we have on HIV.’
– Luc Montagnier, PhD, Co-discoverer of ”HIV” (1997)

‘Conflicts of interest and biases exist in virtually every field of medicine, particularly those that rely heavily on drugs or devices. It is simply no longer possible to believe much of the clinical research that is published, or to rely on the judgment of trusted physicians or authoritative medical guidelines. I take no pleasure in this commentary which I reached slowly and reluctantly over many decades….one reason for the pervasive bias that is that physicians learn to practice a very drug-intensive style of medicine’ [emphasis added].
– Marcia Angell, M.D. the editor for 20 years of The New England Journal of Medicine.  Ja 15, 2009, New York Review of Books, p. 12.

’So peer review is a flawed process, full of easily identified defects with little evidence that it works. Nevertheless, it is likely to remain central to science and journals because there is no obvious alternative, and scientists and editors have a continuing belief in peer review. How odd that science should be rooted in belief.’
–  Richard Smith, editor BMJ and chief executive of the BMJ Publishing Group for 13 years.

’First, we face a public environment where our industry – especially Big Pharma – is suffering from a loss of trust in the safety of our products and the honesty of our business practices … and we mostly have ourselves to blame’
– John Lechleiter,Phd. CEO Eli Lilley

’Scientists need to take peer review off its pedestal. As an editor [of the prestigious medical journal ‘The Lancet’], I know that rigorous peer review is indispensable. But I also know that it is widely misunderstood. Peer review is not the absolute or final arbiter of scientific quality. It does not test the validity of a piece of research. It does not guarantee truth. Peer review can improve the quality of a research paper – it tells you something about the acceptability of new findings among fellow scientists – but the prevailing myths need to be debunked. We need a more realistic understanding about what peer review can do and what it can’t. If we treat peer review as a sacred academic cow, we will continue to let the public down again and again.’
– Richard Horton, Guardian. 2010 Jul 7.

‘As much as 90 percent of the published medical information that doctors rely on is flawed……he worries that the field of medical research is so pervasively flawed, and so riddled with conflicts of interest, that it might be chronically resistant to change—or even to publicly admitting that there’s a problem.’
– Dr. John Ioannidis

‘Researchers must have the mentality of a gambler or fisherman.  As for me, I am only interested in big fish.’
– Luc Montagnier, PhD, Co-discoverer of ”HIV” (1997)

‘In questions of science, the authority of a thousand is not worth the humble reasoning of a single individual.’
– Galileo Galilei

‘In the midst of any crisis always identify the beneficiaries.’
– Roger Mugisher, Ugandan radio presenter